This one is mainly about fun, but not to say he's useless. Of course his killing power can't match your average WW barb, but he is incredible support. Rapid stun ability and party support, hey, who's going to argue with level 35+ BO? What is the 3 chipped gem recipe? Ingredients: 3 chipped gems of any kind, YES chipped skulls work too. Whirlwind is the focus of the build, taking on the roles of a primary damage dealer and a movement tool at once. The 6-piece bonus of Wrath of the Wastes set provides you with the Dust Devils rune for free and vastly increases Whirlwind damage, elevating this signature skill to one of the highest damaging spenders in the Barbarian arsenal.

WW revenge barb build
Hello guys, please read and tell me what you think of this build.
Skills and why i picked them-
1) Frenzy: this to me seems like a very quick killing option to build up fury. I have 'Maniac' as my rune skill for a significant boost to damage. This will be a quick fury builder/killer and will be my primary single target and boss attack.
2) Whirlwind: I had to do it, it was my favorite ability in d2. This attack will only be used in mobs.. large mobs. This attack costs a low amount of fury and deals decent damage. However, this attack is not being used to deal the damage, we will get to that later. I have the 'Eye of the Storm' rune skill on it to generate fury when in large crowds, again, we will cover the reason why.
3) Threatening Shout: This is a great addition that gives the build some mf and damage reduction flexibility. costs a low amount of fury and reduces damage. I have the 'Grim Harvest' runes skill on for some good mf potential.
4) War Cry: I believe that this will be a barb staple. Increases armor by 50% (whoa) for 60 seconds and only has a 30 second cooldown. I have the 'Invigorate' rune skill on for this to give me health regen wich i think will be a life saver come end game.
5) Revenge: This is what makes this build click. When struck by an enemy, you have a chance to do 220% weapon damage to all near by enemies AND heal for 5% max health for EVERY ENEMY hit! I will use the 'provocation' rune skill to raise my chances of casting revenge from 15% to 30%! And, what the most impressive of all about this talent, it costs absolutely no fury and is completely passive. This talent has the potential to be a huge damage dealer, and a life saver.
6) Wrath of the Berserker: because of this skill i contemplated calling this build a berserker. However, this isn't a must use skill unless you are in a gigantic mob or in a boss fight. Costs 50 fury CD 120 seconds. Increases crit by 10%, attack speed 25%, dodge and movement speed 20%. I have the 'Thrive on Chaos' rune skill because with every 25 fury generated, it increases the duration of the effect by 1 second. Now this does not seem like a lot, but when i am in a boss fight and am (most likely) exclusively using Frenzy, which is my fury generator, I will probably be able to have WotB up the ENTIRE fight.
Also, when popped while in large crowds, i will be able to keep it up for long, long, time. Because with WW and 'Eye of the Storm' i generate 1 fury for every enemy hit. So, lets say that i am facing a crowd of 10. i WW through and 6-7 of them and hit each of them 2-3 times a piece that is anywhere from 12-21 fury generated in about a second. So, yeah, in large mobs i will be able to keep up WotB for a very very long time.
Passives-
1) Nerves of Steel: increase armor by 25% of your total vitality. This will be perfect with this build to be able to take a pounding. If people want to say that this will not be good because i will most likely be decreasing the amounts of hits i take therefore decreasing the change that Revenge will proc, I say that is ok. At the end of the day, survivability > damage any day. Also, this will be perfect for boss fight.
2) Inspiring Presence: This is a great passive ability. This improves my survivability by increasing damage reduction and increasing health regen. Perfect for lasting long enough to let those revenges keep procing.
3) Brawler: as long as there are 3 or more enemies within 8 yards of you, you deal 30% more damage. HOLY COW. This + WW + WotB + revenge= Massive amounts of damage output.
Here is how i believe this build will work (i have not played the beta):
If you have no fury- Open with Frenzy and slay undead and demons until you reach 1/2-max fury. Use your warcry and threatening shout for the damage reduction and wait for revenge to proc. If you are facing a boss pop your WotB and go to town. There is most likely enough damage reduction, health regen, and damage output to stand toe-to-toe with them. If you run into a big mob, use Frenzy to build fury, then pop your shouts, and go to town with WW and wait for that revenge to proc with huge amounts of damage and health regen. If you run into an overwhelming mob, be sure to pop your WotB and watch the quality and quantity of your numbers fly.
If you have Fury from a previous fight- Make sure that you have War Cry up at all times and be sure to have the 20 fury needed for threatening shout. Use frenzy for low amounts of enemies and use WW for large amounts of enemies. For bosses and large mobs see the previous paragraph.
Gear: i am hoping that IK will support this play style, if it does i will be using that set. If not, i will collect the set and and find uniques that fit the build.
Please read and critique. Here is my build for reference:
http://us.battle.net/d3/en/calculator/barbarian#WQYSRP!bcg!ZYabcc

Check back in the future for updates to this guide! Last Updated: August 28.

New to Diablo 3? Having a tough time handling Torment 6? Or are you just looking to make sure you already know everything there is to know about this game? What we're building here is a comprehensive guide on taking you from beginner to expert as quickly as possible. This is your crash course in all important things Diablo 3. This is what you need to know about the journey from level 1 to 70, the pre-Torment hurdle, the Torment purgatory, and finally the end-game marathon.

Ready to take your game to the next level?

This is how we do it. 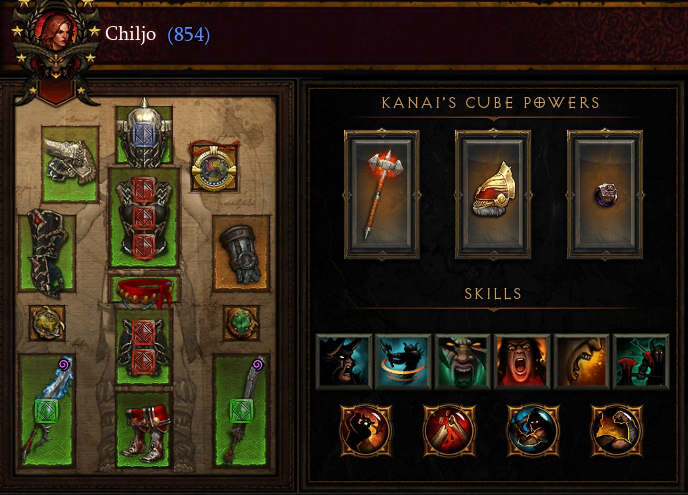 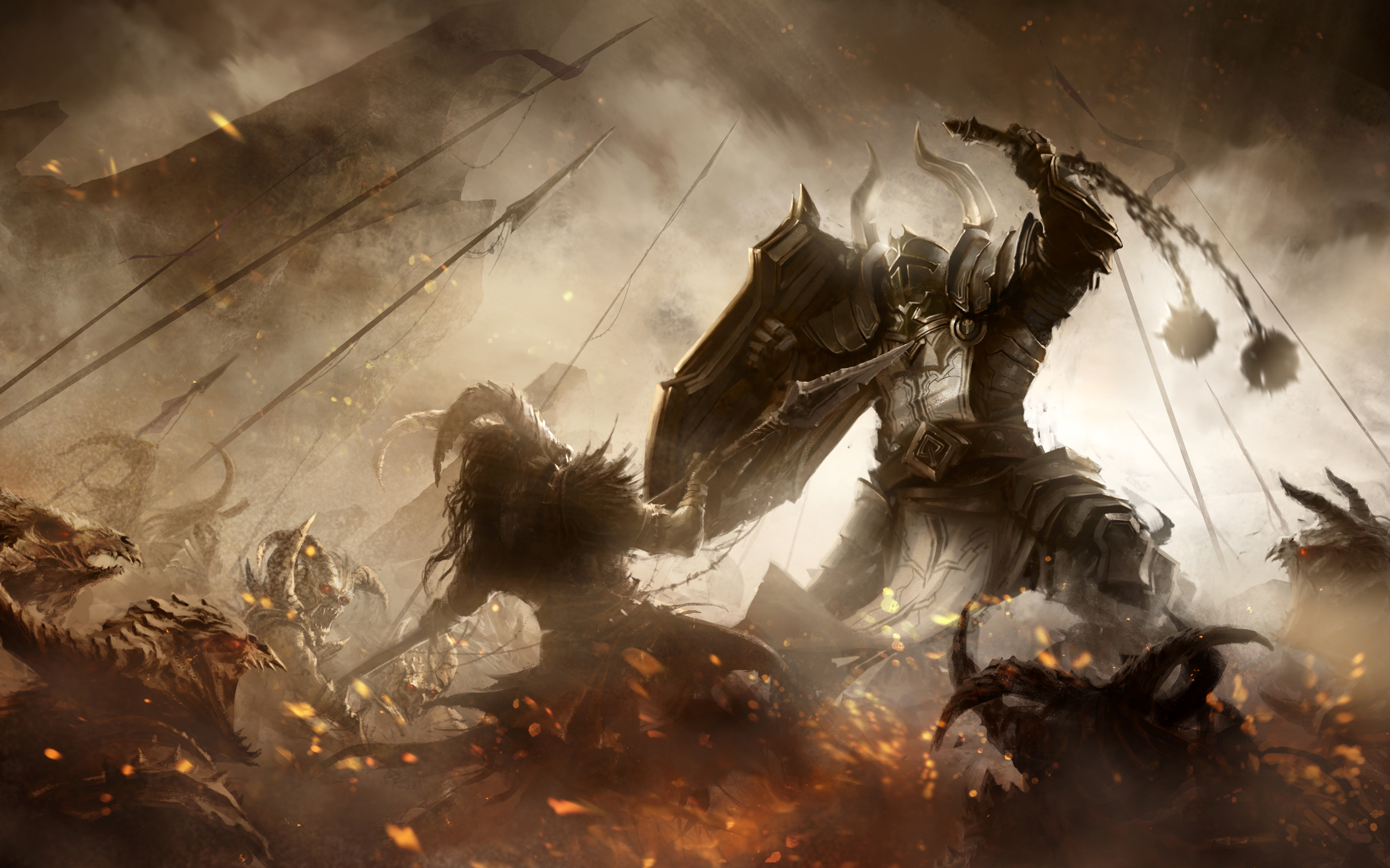 The opening phase of the game is your race to level 70. If this is your first time playing Diablo 3, then you'll have to complete the campaign before you can unlock Adventure Mode, which is where you'll be spending the rest of your game time - and, arguably, where the fun really begins.

If you want to be as efficient as possible, then Adventure Mode is your ticket to the fastest level 70 completion times. While it may be tempting to play through the campaign on higher difficulties for greater challenge and reward, you will net greater rewards by speeding to Adventure Mode as quickly as possible. If you already have Adventure Mode unlocked, you can hit 70 in about five hours, without any outside help, by following some strict guidelines:

If possible, play in a party. The bonuses from +XP gear is now shared party-wide; plus, you will naturally kill monsters quicker with four players in a party because you'll be dealing four times the damage, but with the way monster scaling works, your enemies will have less than four times the amount of health.