Some magic items possess sentience and personality. Such an item might be possessed, haunted by the spirit of a previous owner, or self-aware thanks to the magic used to create it. Your class grants proficiency in certain weapons, reflecting both the class’s focus and the tools you are most likely to use. Whether you favor a longsword or a longbow, your weapon and your ability to wield it effectively can mean the difference between life and death while adventuring. The Weapons table shows the most common weapons used in the fantasy gaming worlds, their price and weight.

The 5e DMG has a short section on “handling mobs:” it has a chart for approximating, out of a group of attacking monsters, how many monsters hit.

I have been looking without success for something to recover accidentally deleted DV-AVI files which tend to be 10 - 15gb. If it relies on the MS file information for recovery, it can't be done. Deleted user dmg bigger than iso download. The way it was explained to me is that it's because large files use secondary pointers that can't be recovered.

I ran a big set-piece battle yesterday: 8 mid-level PCs and 10 gnomes against 20+ drow and other assorted creatures, including a drow spider chariot and a sinister angel. With a wizard and a sorcerer PC and two drow wizards, all slinging fireballs, the mob attacks weren’t much of a factor. With all those fireballs, what I COULD have used was rules for mob saving throws.

If I’d thought about it, I’d have realized that the same chart can be used for saving throws. Instead of subtracting attack bonus from AC, subtract saving throw bonus from DC, and use the chart as normal. For instance, a fireball save DC of 15, minus the drow dex save (+2) is 13, which, according to the chart, means that 1/3 of the drow succeed on their saving throw (and probably survive with 1 or 2 HP left).

In fact, this same chart can be used for ability/skill checks (how many orcs managed to climb the wall? DC minus skill bonus) or any other d20 roll. 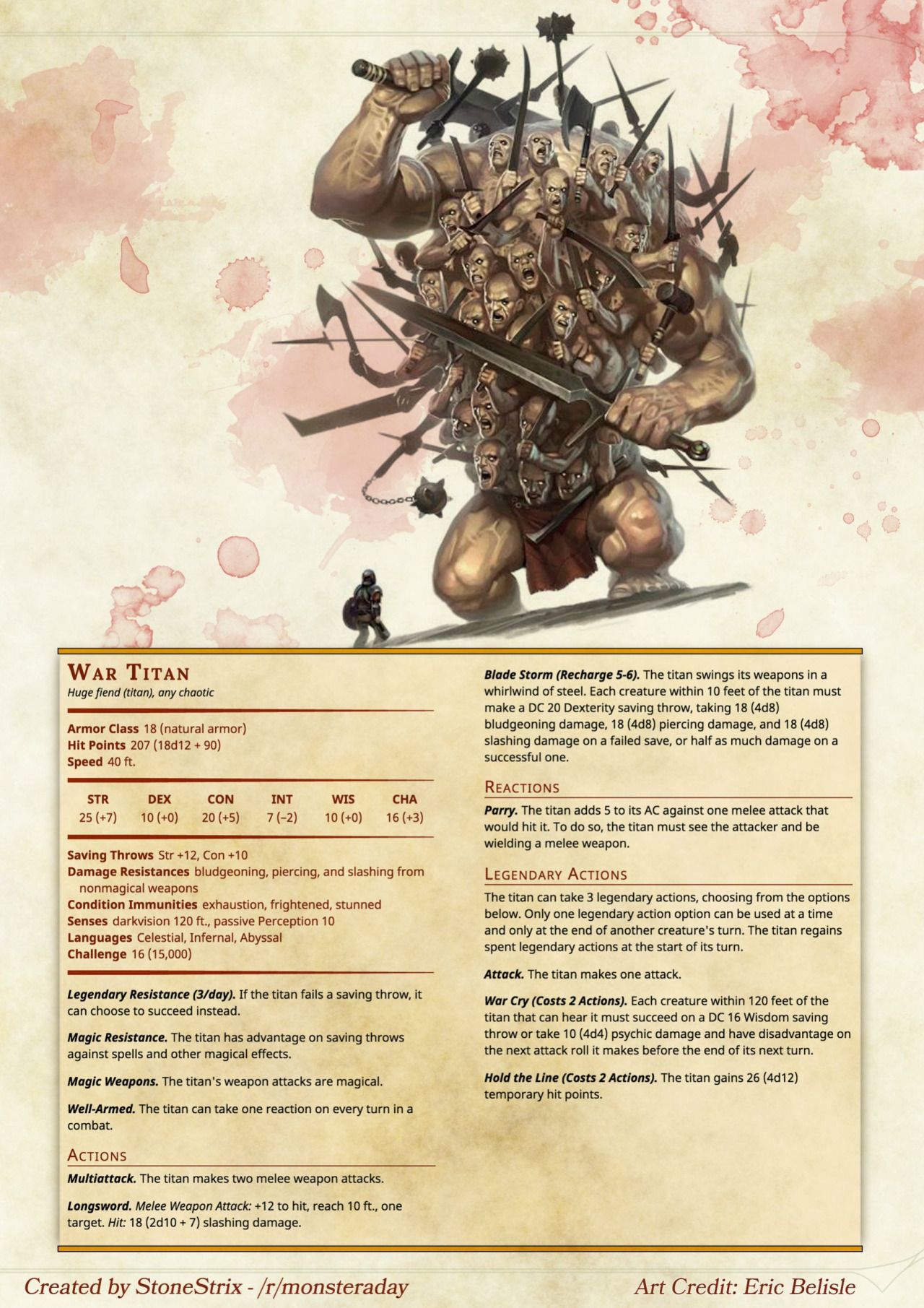 To me, it seems this is all you need to run fairly simple battles with dozens or hundreds of creatures per side. The amount of HP tracking is not excessive: for instance, in this unit of 50 ogres, 24 have 15 damage and the other 25 have 30 damage. (For ease of bookkeeping, assume that melee attacks always target the most-damaged creature.)

You might also care about the base size of big units. I assumed that a close-packed formation of 10 Medium troops took up the size of one Large creature. I’d say that 25 troops are Huge and 50 are Gargantuan.

If we do any bigger-scale battles, I might find other rules that I need (after all, the Chain Mail rules are much longer than this blog post) but right now, this is looking pretty good for running big D&D skirmishes.

Hello!
The new Xanathars guide to everything book is full of new stuff. This includes new warlock invocations.
I have a few questions for the Improved Pact Weapon invocation. It has the following traits:
-you can now summon a variety of ranged weapons (I don’t remember all of them, but that’s not the important part)
-you can use your pact weapon as your spell casting focus*
-your weapon becomes a +1 weapon* unless it is a magic item with a +# trait already**
Here are my questions:
* if you use your weapon as your spell casting focus, does this give you a +1 as well?
** if it’s a magic item without a +# trait, does it become +1?
Thank you in advanced for your help!